10 CBD Facts That You NEED To Know!

CBD Oil has become somewhat of a craze in recent years but most people only really know the basics. People seem to be aware of CBD being great for your health but don’t realize that it can do so much more! Here’s a list of 10 CBD facts that you need to know!

CBD Oil is safe for consumption and non-habit forming

You heard it here first! Unlike THC, CBD Oil is not addictive, it’s safe for consumption and non-habit forming! CBD Oil is, in fact, an effective method for treating addiction related to substance abuse as it provides relief for the withdrawal symptoms.

CBD Oil is not the same as hemp oil

CBD Oil is a more premium product, reaping more medicinal benefits as it contains CBD. Hemp oil, on the other hand, contains no CBD.

CBD Oil can be used to help recover from training, sports and other physical activities

CBD Oil can be used alongside sports and other physical activities as it reaps tons of benefits. The main two being for recovery and reducing inflammation. CBD Oil has been made legal for athletes to use as of 2018 issued by the World Anti Doping Agency (WADA).

Cannabinoids exist in the human body in a system called the endocannabinoid system that regulates neurons in the body. CBD oil activates CB1 and CB2 receptors. When bound to these receptors neurotransmitters are released, creating a balance in the human body.

THC is the main component that makes up weed, it causes psychoactive effects. CBD Oil has found to ease the side effects and negative effects caused from THC or smoking weed.

CBD Oil interacts with receptors in the brain that govern the body’s sleep and wake cycle. In other words, it helps you sleep by calming your mind.

CBD Oil activates your CB1 and CB2 receptors. These receptors can moderate seretonin levels which is a chemical produced by the body that is closely linked with mental health. Not having enough serotonin can cause anxiety and/or depression.

CBD has natural values for individuals with diabetes

CBD Oil can used as a treatment for people with diabetes, it controls inflammation and improves the control of glucose levels in the blood.

A study was carried out that showed the spread of cancer cells in mice came to a halt when supplied with CBD. Studies are still in early stages but scientists have found that CBD can cause a cancer cell to die, stop cancer cells from dividing and stop cells from developing new blood vessels. 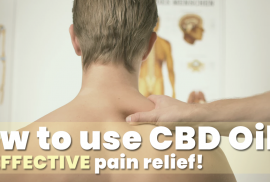 How to use CBD oil for effective pain relief 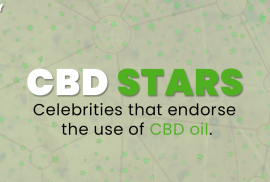 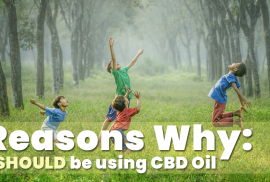 6 reasons why you should be using CBD Oil

Back to top
We use cookies to ensure that we give you the best experience on our website. If you continue to use this site we will assume that you are happy with it.
OK, Got it
Get 20% OFF your first order - use code GF20 at checkout!